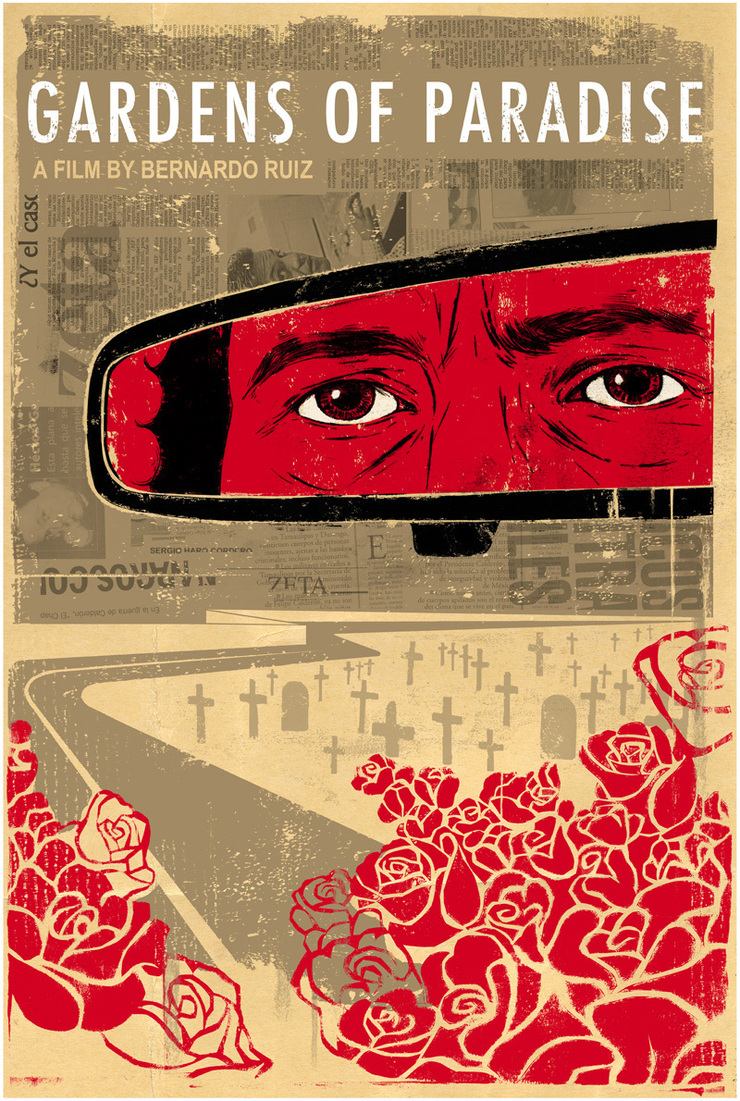 In March, I received a message from Bernardo Ruiz, the director of an upcoming film titled Gardens of Paradise.   He wanted me to work on a poster and branding for the film, which will start showing up at festivals this Fall.   The documentary follows the life of Sergio Cordero, an editor and photojournalist at the Tijuana weekly newspaper ZETA, during a wave of unprecedented violence against journalists in Mexico.  Last year there were more journalists killed in Mexico than in Iraq, mostly due to the violence related to the ongoing battles between various drug gangs and the Mexican state.   A number of Sergio's colleague's have been killed, the film is a reflection of this loss, and the changes that the country continues to go through.
The film is still in editing and production, I've seen some pieces as it has developed over the last couple of months.   Below is some of the development for the poster as I worked with Bernardo while he flew back and forth to Tijuana while filming.   The film is produced by Quiet Pictures and funded by The Ford Foundation, the Sundance Documentary Fund, and ITVS 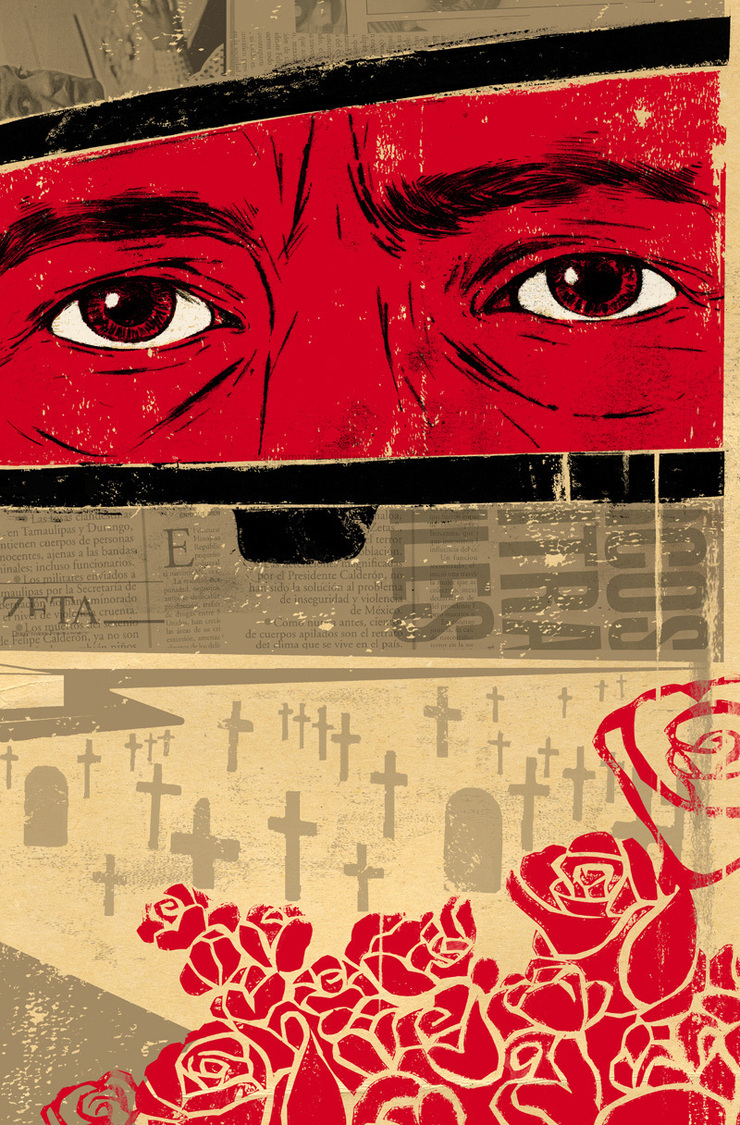 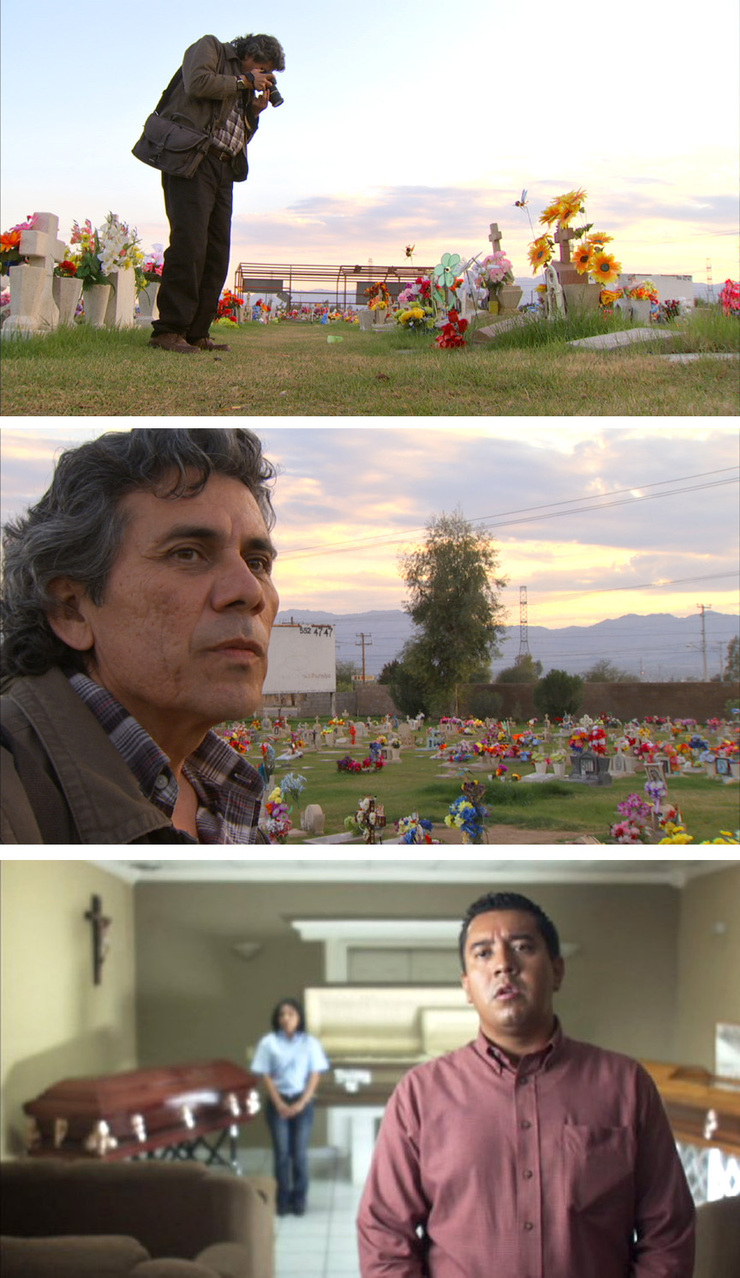 The first step in the process was to watch clips of the film to get an idea of the tone and look at production stills for some visual cues.   The title "Gardens of Paradise" comes from Jardines del Paraiso, the town's cemetery.  Above are some stills taken at the funeral home and cemetery.  Below are other photographs from Northern Mexico. 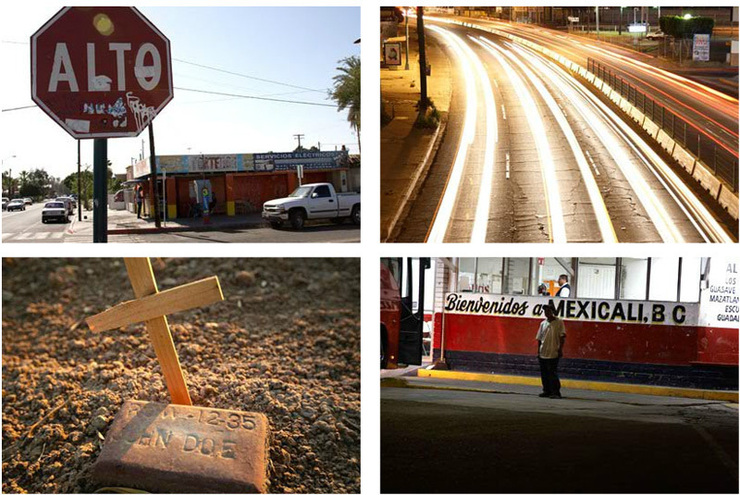 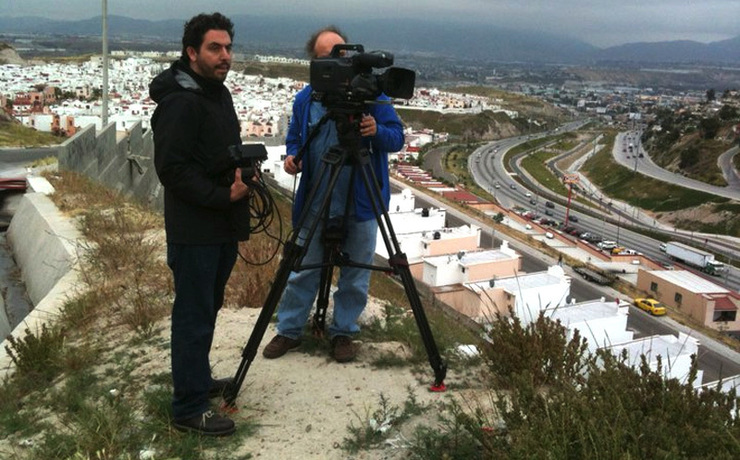 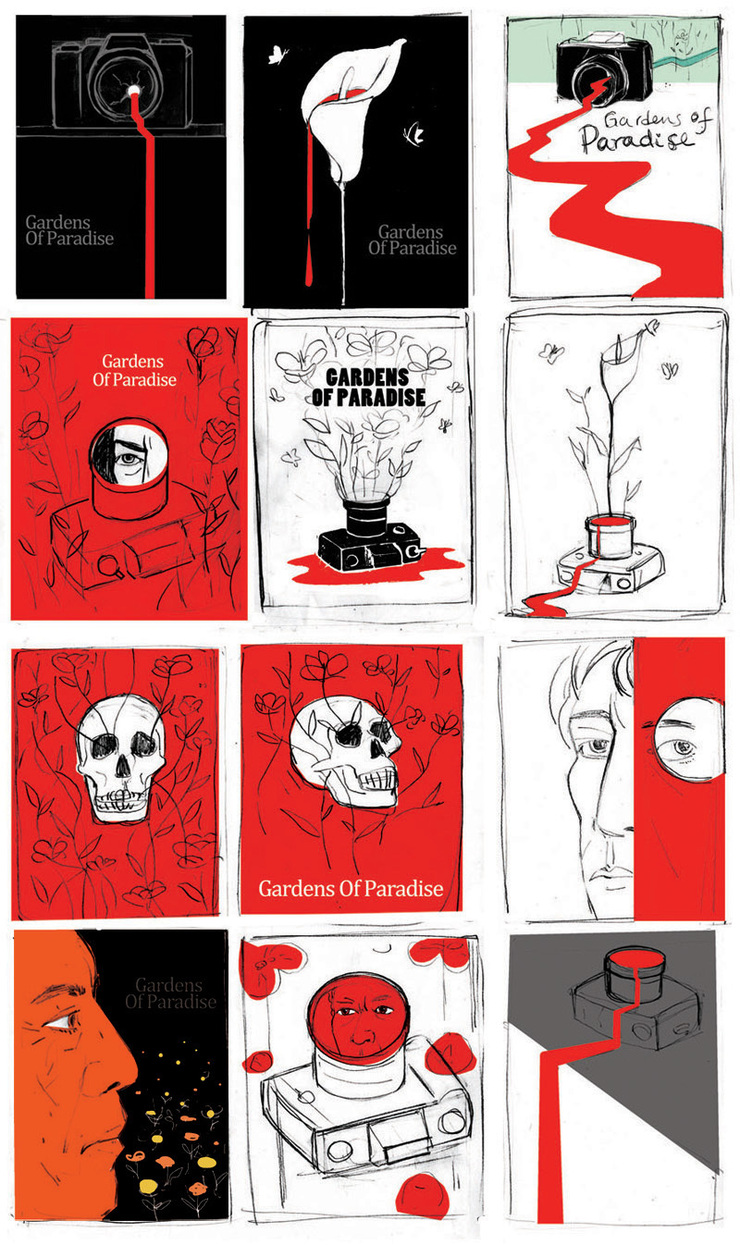 These are my initial brainstorming sketches, dealing with mortality, gardens, etc.   The story is more of a personal reflection so the director liked the focus on Sergio, the journalist at the center of the film.   I developed more ideas based on him, those sketches are below.

The journalist drives all over the countryside to follow leads and interview subjects.  The idea of the rearview mirror worked well with the concept of reflection, moving forward while looking at the past.   Also gives a hint at being cautious, looking out for danger, etc.   A number of the killings in Mexico have happened on the highways.   I lightened the contrast and colors on the final to reflect the quieter tone of the film.  Also collaged some clippings from the newspaper ZETA into the background. 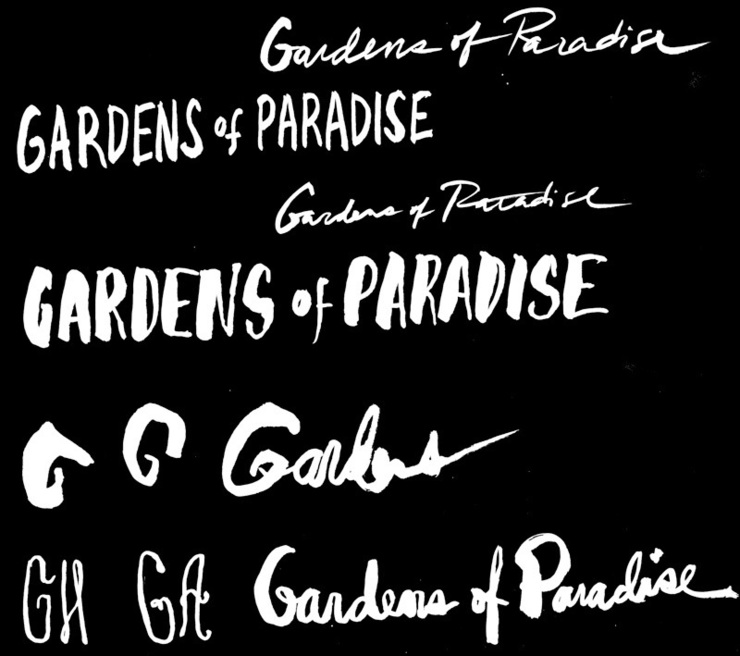 I tried some hand lettering for the title, but in the end the set type made more sense with the overall design

Here is an article on the newspaper, ZETA, if you'd like to read more about it and the current state of journalism in northern Mexico:  Tijuana newspaper excels at drug war coverage